skip to main | skip to sidebar

After over a year of putting off "must-do" items on my to-do list in favor of playing with oil pastels, I now have a wall hanging that in our house we are calling art:)  It was so much fun, and once again proved that I am my most productive (and perhaps creative) self when procrastinating! 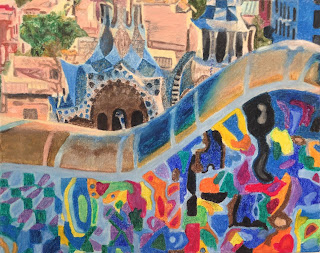 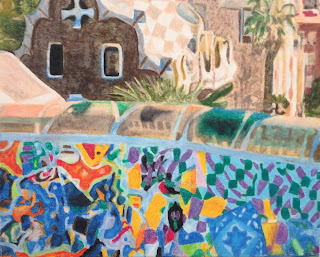 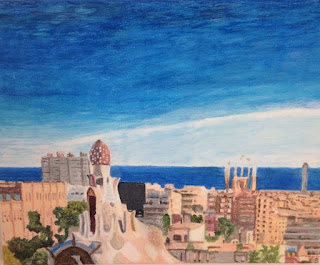 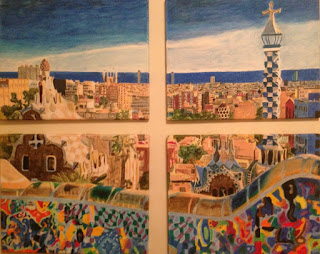 Posted by Celebrate Life at 10:33 AM No comments:

The mild chill allowed us to see our breath.    The sidewalk was wide enough for all three to walk comfortably, and we pretended to be happy dragons with tiny puffs of smoke.  Cozily bundled up and hanging with good friends, my life felt pleasant with only an occasional mild annoyance, like being too full from dinner to enjoy my dragon pounces (I knew we should have chosen sushi).

“All dragons are a bit pudgy – probably from pasta,” Krista teased.

“I don’t think dragons are Italian.  Anyway, the pudge creeps gradually rather than ballooning after one dinner,” I countered.

We waited at the crosswalk and my glance fell on the only other pedestrian in sight.  The man was behind us, and I had a sudden sense that his presence was not random.  It was my impression he was intently following our steps.  As soon as I realized this, I instantly recognized him.  I had no idea where we had met, but I knew he was not good news and his name was SCAR.

Even though my first instinct was to run like mad, I was sure it would give him permission to chase, and we would be caught.  The neighborhood was mostly residential, but I saw a small convenience store.  “Julia,” I whispered, “Go to that store and leave the door open for us.  Don’t dial 911 until you get inside.”  She looked confused so I gave a side eye to SCAR, and that was enough to send her scurrying.

Krista and I continued at a slower pace.  I tried to walk quickly while appearing casual to keep SCAR unaware that I recognized him. “BRRRR!” I exclaimed and did my best to re-create my earlier dragon leap.  Julia had safely made it to the store, and the door was open wide.  Still two houses away, Krista gave into fear and started sprinting.  I was right on her tail, despite the congealed lump of pasta in the pit of my stomach.  The pounding footsteps behind me proved that it had indeed been a mistake to run.

As I clambered to the top of the stairs, I could hear SCAR approaching the first step.  I made it inside passing an end-cap of Doritos before turning around.  SCAR was just entering the store.  My eyes locked with his, and my worst fears were realized.  I had never before looked into such an abyss of pure evil.  He pointed all ten of fingers at me with his scalpel shaped nails in full view.

Time ticked in slow motion.  Looking directly into the face of an enemy always at work, though rarely seen, was terrifying.  Screaming would not help, should I do it anyway? I debated.  Readying my lungs to let loose, I inhaled deeply.  Instead of an ear piercing shriek out, a calmness seeped in.  The power to confront and defeat such malicious creatures had been given to me, I remembered with a surge of hope.

A police car drove up with lights flashing.  The cops had arrived and we would be safe for now, although they could only give us temporary security.  The situation would be diffused in a superficial way without an understanding of SCAR’s true character, and he would be free to terrorize again.  Or, I could obey that Voice telling me to fight and rebuke such evil using His name.  Knowing this was the only way to truly vanquish the enemy, my gaze locked with SCAR’s.

I hesitated and let my thoughts wander to the comfortable life I led which until now largely ignored the ever-present evil fighting to devour each of us.  This life lacked authenticity and meaning, but was I ok with that?  A weighted feeling of tiredness overcame me.  Eye-contact with SCAR was dropped, and I looked beyond SCAR to the approaching police officer.

Posted by Celebrate Life at 1:08 PM No comments:

As we debate the merits of city parks with wood chips versus sand, I remember my childhood playground.  This “park” did not have swings, slides, or a splash pad, but climbing up rocks (with or without ropes) and jumping off waterfalls more than compensated.  My current encounters with wildlife consist of spiders, bugs and one neighborhood possum.  Back then no thought was given to such small critters; we were on the lookout for deer, bears, and the occasional moose.  It seems like an ideal way to grow up, scampering up trees and swimming in icy glacial lakes where numbness set in the second a toe hit the water.  However, looking back I can see the true value was in encounters with God’s grace and creation while forming strong friendships on those hiking trails (or more often through the underbrush as we forged our own way).  Today the experiences may be different, but the fostering of lasting relationships can hopefully be replicated. 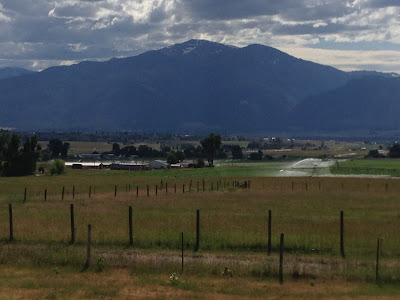 Posted by Celebrate Life at 1:23 PM No comments:

Tea Season has begun in earnest, which is San Diego’s version of Fall.  Temperatures are not quite cold enough to warrant scarves and sweaters, but a warm beverage is no longer out of place.  Even in this temperate climate, there are signs that summer is no longer.  The leaves have been talking excitedly as they turn brilliant colors, and their whispers fill the air with a creative energy.  It is hard to remain aloof to artistic suggestions, and taking a hint from the leaves, it might be time to buckle down and create. 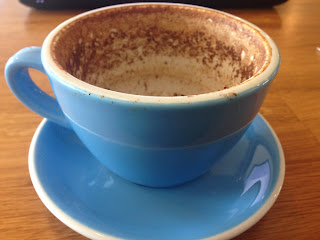 Posted by Celebrate Life at 1:33 PM No comments:

The shy little caterpillar grew and grew.
And then one day she turned two... 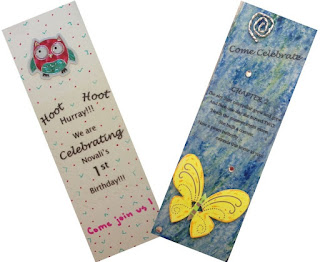 The productivity over the last two years cannot be underestimated. Creating invitations (which is always pure joy) inevitably led to actual parties.  And so the years were tangibly celebrated, though a continuation of such calendar accuracy should not be expected.

Now the coffee shop lifestyle is back bringing hope of forthcoming projects.  Cobbling together sentences with words that are scattered every which way seems daunting, but those words are as beautiful as ever and calling for someone to tidy them up.
Posted by Celebrate Life at 1:16 PM No comments:

Celebrate Life
Seattle, WA
Life is a crazy adventure, not always easy, but one to be celebrated! I love this quote from War and Peace: "The most difficult thing – but essential one – is to love Life, to love even while one suffers, because Life is all, Life is God, and to love Life means to love God."